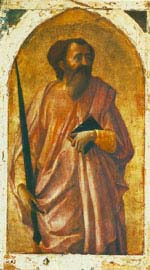 Second Thessalonians is widely regarded as pseudonymous. The reference in 2:2 suggests that the letter belongs to the deutero-Pauline period, and the letter may have been intended to replace 1 Thessalonians entirely. The time of composition is likely to have been in the last two decades of the first century when hopes in the imminent parousia were faltering.

Bart Ehrman observes (The Orthodox Corruption of Scripture, p. 23): "The frequent occurence of forgery in this period does not suggest a basic tolerance of the practice. In actuality, it was widely and strongly condemned, sometimes even within documents that are themselves patently forged. This latter ploy serves, of course, to throw the scent off one's own deceit. One of its striking occurrences is in the orthodox Apostolic Constitutions, a book of ecclesiastical instructions, ostensibly written in the name of Jesus' apostles, which warns its readers to avoid books falsely written in the name of Jesus' apostles (VI, 16). One cannot help thinking of 2 Thessalonians, which cautions against letters falsely penned in Paul's name (2:1-2); many New Testament scholars believe that 2 Thessalonians is itself non-Pauline."

Alfred Loisy comments (The Birth of the Christian Religion, pp. 20-21): "Imitated from the First Epistle and specially co-ordinated with the insertion on the resurrection of the dead [4:13-5:11], the Second to Thessalonians is, for the most part, a theological dissertation on the conditions of the Second Advent. It is not written for the instruction of a particular community but aims rather to dissapate the general uneasiness of Christian thought in regard to the Parousia, impatiently expected and continually postponed. The author enlarges on the apocalyptic theme of the Antichrist, prehaps identified with Nero risen from the dead, whose manifestation was to cause the ruin of the Roman Empire. The document is conceived in the spirit of the synoptic Gospels and is probably not earlier than the first quarter of the second century. Since Marcion accepted it as authentic, we can hardly place it as late as 130-135. The pains taken by the author at the end (iii, 17) to declare his signature genuine render it the more suspect."

Second Thessalonians is so like 1 Thessalonians and yet so different that it must be an imitation of 1 Thessalonians written to meet a later situation. Verbal similarities begin with the first verse and continue throughout; yet there are very real theological differences between the two letters, the most important being that of eschatological perspective. In 1 Thessalonians the parousia, the coming of Jesus from heaven as apocalyptic judge and redeemer, is imminent. When Paul speaks of "we who are alive, who are left until the coming of the Lord" (1 Thes 4:15), he clearly expects the event in his own lifetime. But 2 Thes 2:3-12 sets out an elaborate program of what must first happen before that event can occur. Not only has the apocalyptic imagery changed, but the whole tenor of the expectation is different. Another notably non-Pauline feature of the letter is the idea that the judgment of God will be a reward for the persecuted Christians and a persecution of the persecutors (1:5-10). This way of thinking is not only non-Pauline, it belongs to a generation later than Paul's, more poetically expressed in Rev 16:5-7 and 19:2. Furthermore, the generation following Paul tended to ascribe to Jesus attributes and functions that Paul's generation reserved to God, a tendency that was a natural consequence of a developing Christology. So in 2 Thessalonians we read of "our Lord Jesus Christ himself, and God our Father, who loved us and gave us. . ." (2:16), or we find the prayer, "May the Lord direct your hearts to the love of God and to the steadfastness of Christ" (3:5). This is a considerable christological step from "Now may our God and Father himself, and our Lord Jesus, direct our way to you; and may the Lord make you increase and abound in love to one another. . . so that he may establish your hearts unblamable in holiness before God and Father. . ." (1 Thess 3:11-13). The two are close enough together to be related, but in 2 Thessalonians the Christology represents a later thinking and piety.

The best understanding of 2 Thessalonians, therefore, is to see it as a deliberate imitation of 1 Thessalonians, updating the apostle's thought. The parousia has been delayed beyond anything Paul himself envisaged; the problem of persecution and the response to it is reaching the stage we know from the book of Revelation, itself a text from the end of the first Christian century; and the Christology is significantly advanced from, though clearly related to, that in 1 Thessalonians. The letter, therefore, represents the church coming to terms with the problems of the generation following Paul's though still consciously and immensely indebted to the apostle.

Udo Schnelle argues (The History and Theology of the New Testament Writings, p. 317):

Although the author of the second letter made use of 1 Thessalonians, there are still peculiarities in language and style. That there are seventeen expressions in 2 Thessalonians that occur nowhere else in the New Testament is very revealing. In contrast to the undisputed Pauline letters, 2 Thessalonians lacks antithetical formulations, passages in the style of the diatribe, and (with the exception of 2 Thess. 2.5) real questions. Different from the lively, sometimes abrupt argument of Paul's letters, 2 Thessalonians appears as a didactic compositiion with a narrowly limited theme. The manner of expression is favored by 42 words and expressions repreated twice or more. In summary it may be said: 'The use of words, stylistic peculiarities and the train of thought must be seen together. Typical ideas, words and expressions point to a more developed situation in doctrine and forms of Christian life than is seen in 1 Thessalonians and all the other undisputed Pauline letters.'